Episode 7: Declaration of the Rights of Woman and the Female Citizen, by Olympe de Gouges

Declaration of the Rights of Woman and the Female Citizen

Modeled on the 1789 document known as the Declaration of the Rights of Man and of the [Male] Citizen (Déclaration des droits de l’homme et du citoyen), Gouges’s manifesto asserted that women are equal to men in society and, as such, entitled to the same citizenship rights.

The preamble of Gouges’s pamphlet emphasized that women must be included among those considered part of France’s National Assembly. It stated that women, like their male counterparts, have natural, inalienable, and sacred rights. Those rights, as well as the related duties and responsibilities to society, are outlined in the remainder of the document.

Olympe de Gouges (7 May 1748 – 3 November 1793) was one of the first women to fight for equal rights. She is best remembered for championing women’s rights in her Declaration of the Rights of Woman and the Female Citizen (1791) but her profound humanism led her to strongly oppose discrimination, violence and oppression in all its forms.

Denied a place in the powerful circles of her day she found her political voice by writing an astonishing number of pamphlets and posters that she freely disseminated around Paris. Her texts chart her battles against injustice and inequality, her belief that solidarity and cooperation should predominate, her hatred of dictatorships and the corrupting influence of power, her profound pacifism, her respect for mankind, her love of nature, and, of course, her desire that women be allowed a worthwhile role in society. 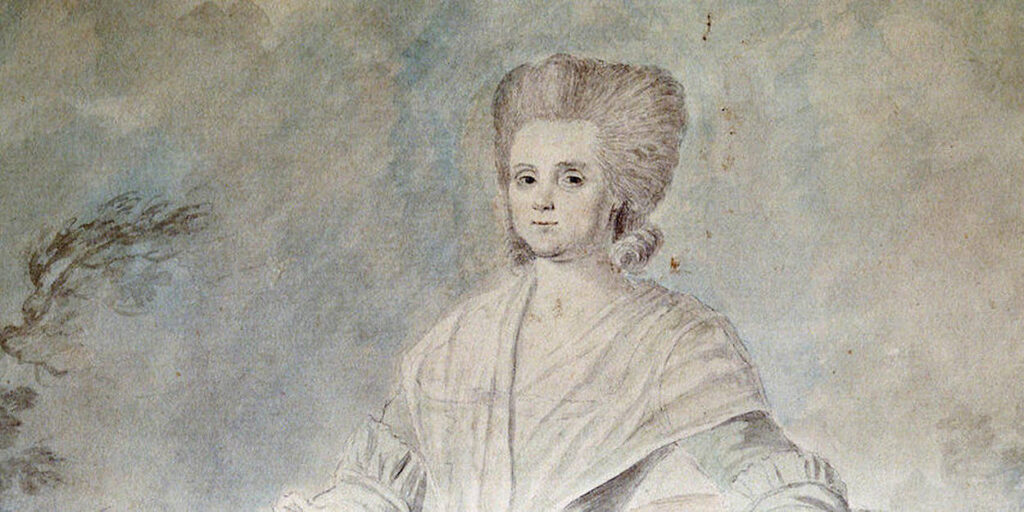 “Women, wake up! …Acknowledge your rights!”

Lindsay Allebest is currently a student at Boston University, where she studies History and Liberal Arts, as well as Spanish and Ancient Greece. Although she grew up in the sunny Bay Area in California, she loves living on the East Coast and finally getting some use out of her favorite plaid scarf. When she is not busy writing essays for school, Lindsay loves to sing, play board games with friends and family, and gaze lovingly at her cat Minerva. One of my favorite things to do with my reading partner and oldest child, Lindsay, is to make dinner together. Or sometimes I request that she read out loud from her textbooks or talk to me about her college classes while I cook. Lindsay taught me so many things on this episode, just as she teaches me constantly in everyday life.

This is the first episode we ever recorded! As in so many things, my oldest daughter Lindsay was the guinea pig, and in my humble opinion she absolutely crushed it. 🙂 I learned so much about the French Revolution, and was especially moved by de Gouges’ call to women to wake up and realize that they were stuck in an oppressive patriarchal system. Most women went along with this system without stopping to think about it, and thus, the status quo was preserved, generation after generation.