Episode 15: The Gospel of Mary Magdalene

The Gospel of Mary Magdalene

And Peter added: “How is it possible that the Teacher talked in this manner with a woman about secrets of which we ourselves are ignorant? Must we change our customs, and listen to this woman? Did he really choose her, and prefer her to us?”

The Gospel of Mary is a book considered non-canonical in Christian orthodoxy discovered in 1896 in a 5th-century papyrus codex written in Sahidic Coptic. Most scholars agree that the original gospel was written in Greek sometime during the 2nd century. However, Hollis Professor of Divinity Karen King at Harvard Divinity School suggests that it was written during the time of Christ.

Canon/Canonical : Collection of sacred texts that are considered genuine, and given the authoritative stamp of approval.

Coptic : The language spoken and written in Egypt that was developed during the Greco-Roman period – the last phase of the ancient Egyptian language. Eventually it became synonymous with Christians in Egypt, so the “Coptic church” is another way of saying “the ancient Christian Church in Egypt.”

Codex : An ancient manuscript text in book form (as opposed to in scroll form)

Gnostic : Knowledge/deep knowing. From Greek, gnostos, then gnostikos, which means to know. (Agnostic means you don’t or can’t know.)

Nous : The mind or intellect, imagination

Dogma : derived from the Greek dogma (δόγμα) meaning literally “that which one thinks is true” 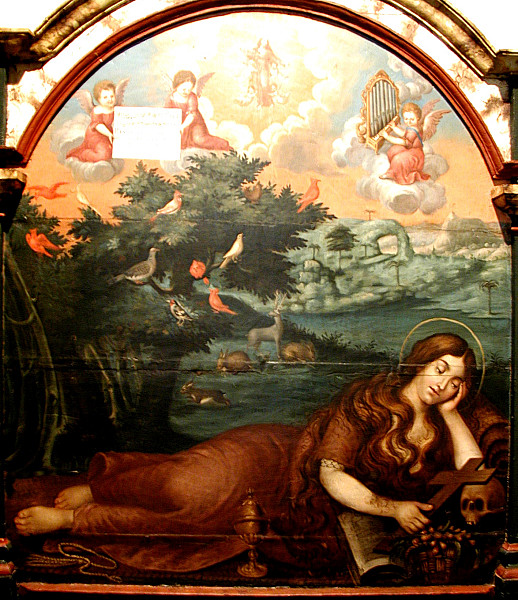 “Then Mary arose, embraced them all, and began to speak to her brothers: ‘Do not remain in sorrow and doubt, for his Grace will guide you and comfort you. Instead, let us praise his greatness, for he has prepared us for this. He is calling upon us to become fully human. Thus Mary turned their hearts toward the Good, and they began to discuss the meaning of the Teacher’s words”

– The Gospel of Mary Magdalene

Kayleen Asbo is a passionate scholar: a cultural historian, musician, writer and teacher who weaves myth, music, psychology, history and art with experiential learning. A faculty member of the Pacifica Graduate Institute and the San Francisco Conservatory of Music, Kayleen also teaches regularly for the Osher Life Long Learning Institutes at UC Berkeley, Sonoma State University and Dominican University. Her classes on a wide array of topics ranging from Depth Psychology to Dante to the History of Classical Music have been hailed as “inspirational”, “fascinating and compelling”, “transformational” and “truly life changing” . Her favorite description came from an event producer who introduced her as a cross between Joseph Campbell, Leonard Bernstein and Wonder Woman. In 2020, Kayleen joined the faculty of Ubiquity University where she will be offering online courses for both graduate students and lay learners on the wisdom traditions of the world, with a focus on the Sacred Feminine.

“Impose no law Other than that which I have witnessed. Do not add more or less to those given in the Torah, Lest you become bound by them.”

Jesus, in “The Gospel of Mary Magdalene”