Hi! I’m Amy. I grew up in Colorado in a tight-knit Mormon family. As a kid I loved reading books, playing the piano, singing, writing stories, doing Art, exploring nature, and helping my mom take care of my younger siblings. I attended Brigham Young University, where I majored in English, and I studied abroad in Israel, Egypt, and Jordan, and spent a year and a half in Chile as a Spanish-speaking missionary. I’ve taught school at many different levels, from elementary school to college-level, covering many different subjects, from Spanish to History. (But never as a career – I was taught by countless adults throughout my life that women were supposed to marry young, have children quickly, and not work outside the home unless it was absolutely necessary.) My best friend Erik and I got married when we were 22 and had four kids by age 31. As it turns out, those four kids turned into amazing people, and the six of us are the best of friends.

My awakening to the injustice of patriarchy began when I was a young adult, though an unconscious awareness of my status as a woman had dawned on me gradually since childhood (a process which I wrote about in a Medium article in 2016 called “Dear Mormon Man, Tell Me What You Would Do”). Through the years, my emotional unease and philosophical objections to patriarchy grew, and I found myself frequently agitated, trying to understand the invisible matrix of power within which everyone operated but about which people seemed to know so little factual information. I lived my life mostly very happily, but with an undercurrent of anguish that often surfaced in tearful conversations with my husband, sisters, and friends, and in countless pages of agonized journal entries.

In 2016 I began a Master’s degree in Liberal Arts at Stanford University, which gave me the training to analyze and write about literature, philosophy, Art, and social phenomena, and nearly every semester, no matter the subject of the class, I found myself writing about social power dynamics – between men and women, between races, and between religious groups. Studying human civilization from Neolithic times through the 20th Century placed my own life and faith tradition on a historical timeline and I saw that Mormonism was just one tiny dot – one of millions of iterations of a system of institutionalized sexism that has plagued humans everywhere, throughout recorded time. I Googled “beginning patriarchy” “origin patriarchy” “how patriarchy”, determined to learn the roots of the system, not just the branches on my particular part of the tree. I found Gerda Lerner’s The Creation of Patriarchy through that Google search, and my world blew open. As I finished my final classes in 2020 I began investigating options for a PhD in Women’s Studies.

However, what I found as I looked for programs in my area was that a) Not many PhD programs in Women’s Studies exist (to my shock, Berkeley doesn’t have the funding for one; Stanford has a great program but it’s only offered as a PhD minor), and b) the excellent program I did find at UC Santa Cruz was oriented toward gender theory rather than the history of patriarchy. Looking at their 101-level classes on queer theory and intersectionality, I realized that most of their PhD students had been Women’s Studies majors with a robust background in feminist literature… and I had never even read Mary Wollstonecraft.

I looked everywhere for a program that would teach me the basics. I looked at universities near me (and even some far away, just to see…), and online classes from The Great Courses and Coursera. I couldn’t find what I was looking for anywhere, so I decided to create a curriculum for myself. I looked up Women’s History syllabi at various colleges, bought about 30 books, and began to read, hungry to know how our prehistoric ancestors organized their societies and how gender dynamics developed through the centuries. Talking to friends about what I was reading, I discovered that they were passionately interested in the topic too, but like me, had never read these foundational texts. Many, many women (and men!) whom I talked to wanted to know more about the roots of patriarchy and the main takeaways from books whose titles they had heard but which they had never had a chance to read. I decided that as long as I was going to do the work of reading and taking extensive notes on all of these books, I might as well bring as many people along as possible. 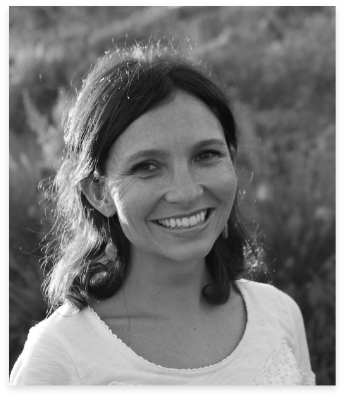