Episode 64: For the Love of Men, by Liz Plank

For the Love of Men

A nonfiction investigation into masculinity, For the Love of Men: A New Vision for Mindful Masculinity was published in 2019, and provides actionable steps for how to be a man in the modern world, while also exploring how being a man in the world has evolved. Men grow up learning that they must hide their feelings and anxieties, that their masculinity must constantly be proven. They must be the breadwinners, they must be the romantic pursuers. In For the Love of Men, Plank offers a smart, insightful, and deeply-researched guide for what wer’e all going to do about toxic masculinity. Written for people of all genders who want to improve this unhealthy culture, For the Love of Men leads the conversation on men’s issues in a society where so much is changing, but gender roles have remained strangely stagnant.

Elizabeth Plank was born March 19, 1987, and she grew up in Montreal. She attended McGill University, majoring in women’s studies and international development, and working as a community counselor for people with developmental disabilities. Plank then received a Master’s degree at the London School of Economics, and began writing articles about gender and human rights for the Huffington Post. In 2013, Plank began her media career in New York City, serving as a correspondent and co-creator of the weekly video series “Flip the Script”, which covered issues like feminism, homophobia and racism. She was recruited to cover the 2016 election for Vox Media, where she used her platform to elevate issues of gender equality, disability rights, transphobia and racial justice while interviewing well-known political figures. In 2016, she produced and hosted 2016ish, an award-winning series about the presidential election, and gave a TedxTalk that inspired her first book, For the Love of Men: A New Vision for Mindful Masculinity. She sits on the board of Girl Up, a United Nations Foundation non-profit organization that unites girls to change the world and has spoken alongside Meghan Markle, Michelle Obama, and Priyanka Chopra at their annual summits.

“The moral panic about chivalry ‘being dead’ wasn’t about women being too empowered; it was about men feeling like they were giving up an important part of their identity… if we let go of men’s obligation to open doors and pay the checks, perhaps we could have a more interesting conversation about coming up with other ways for men to be men and show respect to women.”

– For the Love of Men, Liz Plank

Jenny DeGraaff was raised in West Virginia and Nebraska, but currently lives in the Bay Area, California, where she teaches science in elementary school. She earned her Bachelor’s degree in German from Duke University and her Master’s degree in education from Stanford University, where she focused on culture in bilingual education programs. She and her husband have three sons, one in high school and two in college. She enjoys hiking with her dog, taking road trips with her family, and, as part of self-care, watching animal videos. She is honored and thrilled to be a part of this remarkable podcast.

“To be clear, there is a link between violence and testosterone, but while scientists have tried to find a causal link, …their results suggest that testosterone is not the cause of violence, but it can be the result of it. In one study conducted by researchers at Knox College, men who were instructed to hold a gun had levels of testosterone increase one hundred times more than men who were asked to hold a game of Mouse Trap. [And later there’s a study that shows that] testosterone doesn’t make you fight, it’s released when you feel like you need to fight.”

After almost a year of discussions where we sometimes mention that patriarchy hurts men too, it was important to me to finally read a book that detailed the specific ways that that is true. And there was so much data and so many interesting stories!! In addition to the well-established toxic version of masculinity that prohibits boys from crying, there are so many ways that patriarchy puts boys and men into tiny boxes that stunt their growth and limit their thriving. And I’m still puzzling over the role of testosterone – the latest data was really surprising. 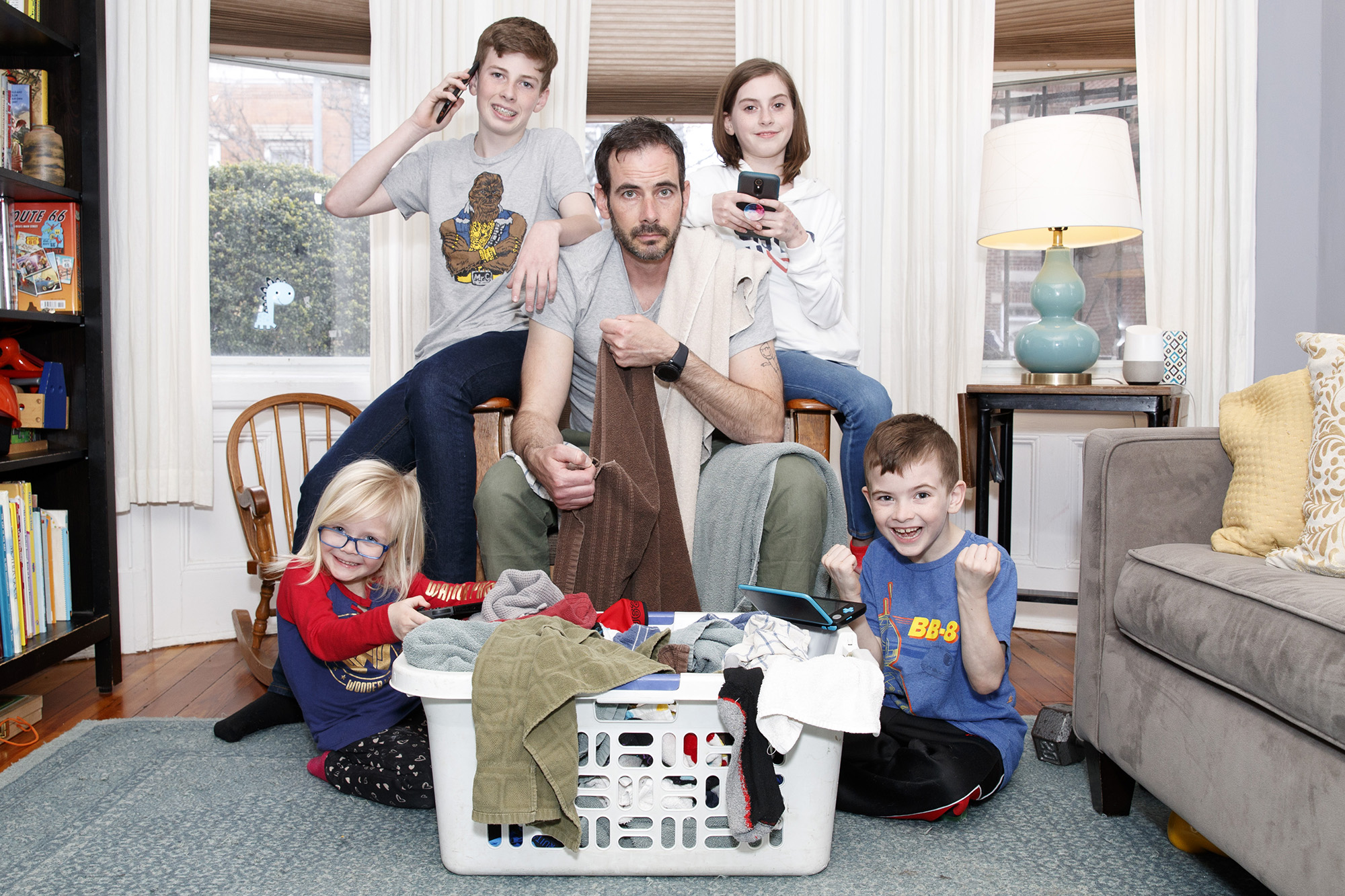 “All this time we’ve focused on the changing role of women inside the workplace and inside the home, not realizing that this would also shift men’s. We updated what it means to be a woman, but we didn’t update what it meant to be a man…If young men aren’t presented with a viable substitute for that model of the man as the provider, they’re stuck idealizing the only model they have. Men were secretly wondering: If she’s the provider, what does that make me?”