Episode 57: Men Explain Things to Me, by Rebecca Solnit

Men Explain Things to Me

Men Explain Things to Me is a 2014 essay collection by Rebecca Solnit. The book originally contained seven essays. Each chapter is a separate essay, from various years, that sums up one key aspect of the world of women under patriarchy. The titular essay focuses on the silencing of women, with specific attention to the ideaa that men seemingly believe that no matter what a woman says, a man always knows better. Solnit describes how the silencing of female voices is an infringement on female liberty and is in fact an abuse of power.

Rebecca Solnit was born in Connecticut in 1961. When she was 5 years old her family moved to California, where she grew up. She said of her childhood: “I was a battered little kid. I grew up in a really violent house where everything feminine and female and my gender was hated.” After she passed the General Educational Development tests in tenth grade, she skipped the rest of high school. She completed her college education at San Francisco State University and then received a master’s degree in journalism from the University of California, Berkeley in 1984. She has been an independent writer since 1988, and has written many books and essays, including a memoir in 2020, and has won several prestigious writing awards.

“Most women fight wars on two fronts, one for whatever the putative topic is and one simply for the right to speak, to have ideas, to be acknowledged to be in possession of facts and truths, to have value, to be a human being.”

Malia Morris is a performing artist and voice teacher in the Bay Area. She studied Music Performance and Sociology in her undergraduate at Arizona State University, where she graduated with honors. In graduate school, she studied Dramatic Arts at Harvard University. Malia was awarded a thesis prize for her research on Broadway director Diane Paulus. Her research was selected for presentation at Harvard Symposium.

I will never forget the scene from which this book’s title is taken: an older man has cornered the author Rebecca Solnit and her friend and is explaining to them a book he’s just read – a very important book (which it turns out he hasn’t even read, but just read about) – and Solnit’s friend says to the man “that’s her book” several times before he finally realizes that Solnit is the author. How embarrassing, right?!! But does the man have the good-natured humility to laugh at his gaffe? Does he apologize? Does he admit to “the bigotry of lowered expectations” that he clearly demonstrates when talking to women? Nope, he doubles down and digs himself in deeper. I felt so very validated by this story…This has happened to me many times. But I also felt grateful for the rich and complicated analysis offered by Malia, and I spent weeks ruminating on the ways that white women do this very thing to people of color, and straight people do this very thing to LGBTQ people, and able-bodied people do it to people with disabilities, and people with access to wealth do it to people of limited means, and on and on. I was grateful to reflect on the work I still have to do!! 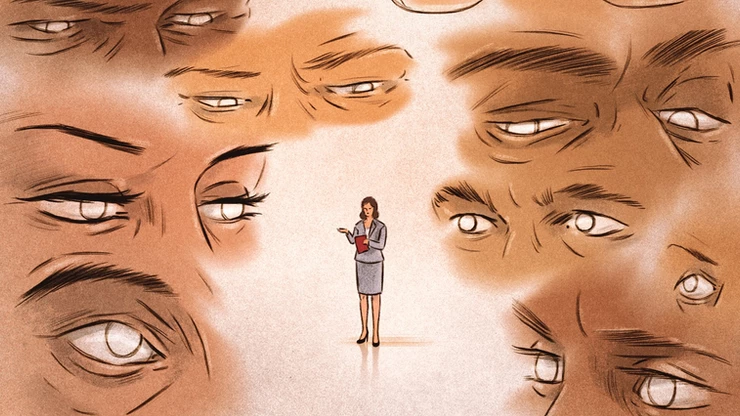 “Every woman knows what I’m talking about. It’s the presumption that makes it hard, at times, for any woman in any field; that keeps women from speaking up and from being heard when they dare; that crushes young women into silence by indicating, the way harassment on the street does, that this is not their world. It trains us in self-doubt and self-limitation just as it exercises men’s unsupported overconfidence.”

November 25, 2021Leave a Comment on Episode 57: Men Explain Things to Me, by Rebecca SolnitSeason One